Death on the River: A Fiancee's Dark Secrets and a Kayak Trip Turned Deadly (Mass Market) 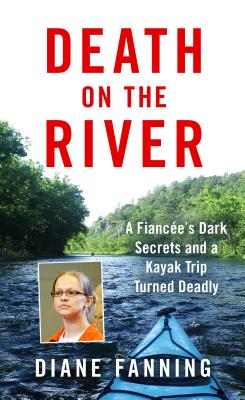 In Death on the River, bestselling true crime author Diane Fanning recounts a tragic kayak accident that left one man dead—and his fiancée arrested for his murder.

A DREAM GETAWAY. A REAL-LIFE NIGHTMARE...

It seemed like the perfect romantic afternoon: a kayaking trip for two on the Hudson River. But it ended in tragedy when beautiful, blonde Angelika Graswald called 911 to report that her fiancé, the handsome and athletic Vincent Viafore, had fallen into the choppy frigid waters. Authorities assumed it was an accident. But when the bereft bride-to-be posted videos of herself doing cartwheels on social media—shortly before Vincent’s body was found—suspicions of murder rose to the surface…

After hours of questioning, Angelika made several shocking admissions. She said she felt “trapped” and fed up with Vincent’s “demanding” sexual lifestyle: the nightlife, the strip clubs, the threeways. “I wanted him dead,” she had said, even though she insisted that she didn’t kill him. But as more lurid details emerged—including a $250,000 life insurance policy—a killer question remained: Did Angelika remove the plug of her fiancé’s boat…and knock away his paddle as he sank?

“Diane Fanning goes behind the headlines to provide a heartbreaking account of a case that shocked the nation.” —CBS News for Mommy's Little Girl

“A straightforward, no-frills narrative about how events unfolded after the disappearance of 2-year-old Caylee Anthony.” —Orlando Sentinel for Mommy's Little Girl