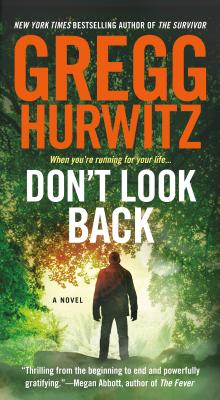 "A smart, suspense-filled ride to satisfy the most discerning of thrill seekers."
-Library Journal (starred review)

Eve Hardaway, newly single mother of one, is on a trip she's long dreamed of-a rafting and hiking tour through the jungles and mountains of Oaxaca, Mexico. Eve wanders off the trail, coming upon a shack among the trees, where she spies a man throwing machetes at a human-shaped target. Disturbed by the sight, Eve rushes back to her group...only to stumble upon a broken digital camera, marked with the name Theresa Hamilton. Later that night, clicking through the photos, Eve discovers a snapshot of that same menacing-looking man in the woods. Th eresa Hamilton has since disappeared...

"Left me breathless. Not to be missed."-James Rollins

Now the man in the woods is after whoever was snooping around his house. With a violent past and deadly mission, he will do anything to avoid being discovered. When major storm wipes out the roads and all communication with the outside world, the tour group is trapped in the jungle with a brutal predator hell-bent on protecting a long-hidden secret. At the center of it all is Eve, who must fight against incredible odds if she's to make it back home alive...

GREGG HURWITZ is the New York Times bestselling author of more than a dozen novels, including the #1 international bestseller Orphan X. His books have been shortlisted for numerous literary awards, graced top ten lists, and have been translated into twenty-eight languages. He is also a New York Times bestselling comic book writer, having penned stories for Marvel (Wolverine, The Punisher) and DC (Batman). Additionally, he’s written screenplays for many major studios and written, developed, and produced television for various networks. The Last Chance is the sequel to The Rains, Gregg's first YA novel. Hurwitz resides in Los Angeles with two Rhodesian ridgebacks.

“What a terrific book! Don't Look Back is thrilling beginning to end and powerfully gratifying.” —Megan Abbott, internationally bestselling author of The Fever

“Gregg Hurwitz never disappoints...and with Don't Look Back, he takes his storytelling talents to new heights of suspense and terror. From the opening moment of tension to the singularly terrifying final act, this story of survival and death left me breathless. Not to be missed.” —James Rollins

“Thrilling…Hurwitz skillfully ratchets up the tension as his characters prove their mettle through nerve-wracking and exciting trials.” —Publishers Weekly on Don't Look Back

“A taut, smart, suspense-filled ride to satisfy the most discerning of thrill seekers.” —Library Journal (starred review) on Don't Look Back

“Propulsive…for page after irresistible page, Hurwitz ramps up the tension…Thrillingly cinematic.” —The Washington Post on The Survivor

“With Trust No One, Gregg Hurwitz deservedly takes a place at the forefront of thriller writers. Once you read the first page, you will keep ripping through pages until there are none left.” —David Baldacci