The Sword of Justice: A Bäckström Novel (Paperback) 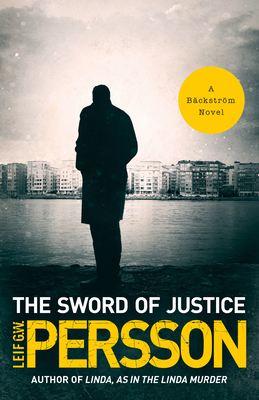 Murder isn't often good news. But when DS Evert Bӓckström is told that Thomas Eriksson—a mafia lawyer and renowned defender of the guilty—has been killed, he can't help but celebrate, perhaps with a little vodka. Bäckström's good mood is spoiled, however, when he's assigned to the frustrating case, as narrowing down the list of people who wanted Eriksson dead is almost impossible. It's miles long! Fortunately, Bӓckström has spent years cultivating a group of questionable acquaintances and shady associates who will prove invaluable in solving the crime—as long as his colleagues don't find out about these illicit connections, or that Bӓckström owes them a few favors. But even the dirtiest cop couldn't have predicted that this trail would lead to a priceless Fabergé music box created for Tsar Nicholas II, with a history as notorious as it is singular.

Leif G.W. Persson has chronicled the political and social development of modern Swedish society in his award-winning novels for more than three decades. He has served as an adviser to the Swedish ministry of justice and is Sweden's most renowned psychological profiler. A professor at the Swedish National Police Board, he is considered the country's foremost expert on crime.

“Riotous. . . . Persson hilariously skewers contemporary police work and society’s corrupted demands on the profession in, as he calls it in an author’s note, this ‘wicked tale for grown-up children.’” —Publishers Weekly (starred review)

"Unquestionably among the most entertaining you can find in the season's crop of Swedish crime fiction." —Expressen (Sweden)

"Leif GW Persson is a highly intelligent entertainer, able to make the reader writhe with laughter on one hand and flinch over the sharp and critical depictions of contemporary society on the other.... To put it simply, I haven't had this much fun reading a crime novel in a long time." —Skanska Dagbladet (Sweden)

"Leif GW Persson undoubtedly writes the most entertaining crime literature in Sweden right now, not least because of the priceless police detective Bäckström—a con man whom we love to hate." —Dala-Demokraten (Sweden)

"Despite—or thanks to—Bäckström's asinine character the plot strands are elegantly woven together into a powerful whole that satisfies the readers' desire for a titillating cast of characters, strange coincidences, and a waft of history." —Aftonbladet (Sweden)