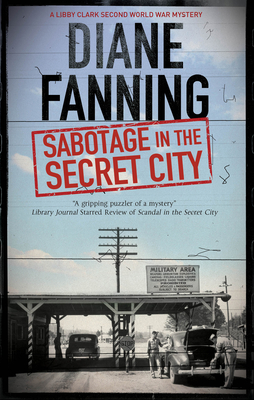 This is book number 3 in the Libby Clark Mystery series.

Research chemist-sleuth Libby Clark must uncover the traitor within in this gripping World War II mystery. May 1945. Harry S. Truman has become president, the Allied Forces are closing in on Berlin and the research scientists at the secret facility in Oak Ridge, Tennessee, are doing their bit to bring the war to as swift a conclusion as possible. But does the end justify the means? Libby Clark has mixed feelings about the horror she and her fellow scientists are labouring to unleash on the citizens of Japan - and it seems she's not the only one to have doubts. A campaign of small acts of sabotage convinces Libby that one of their number is deliberately trying to delay the mission. But when the pranks turn deadly, Libby is forced once again to turn undercover sleuth in order to unmask the traitor within, prevent further deaths and keep the focus on ending World War II.