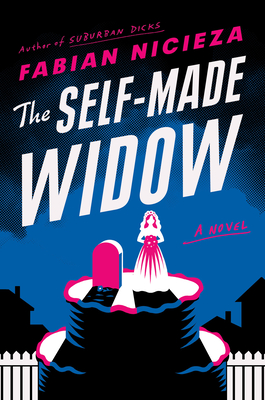 From the cocreator of Deadpool and author of Suburban Dicks comes a diabolically funny murder mystery that features two unlikely sleuths investigating a murder that reveals the dark underbelly of suburban marriage.

After mother of five and former FBI profiler Andie Stern solved a murder—and unraveled a decades-old conspiracy—in her New Jersey town, both her husband and the West Windsor police hoped that she would set aside crime-fighting and go back to carpools, changing diapers, and  lunches with her group of mom-friends, who she secretly calls The Cellulitists. Even so, Andie can’t help but get involved when the husband of Queen Bee Molly Goode is found dead. Though all signs point to natural causes, Andie begins to dig into the case and soon risks more than just the clique’s wrath, because what she discovers might hit shockingly close to home.

Meanwhile, journalist Kenny Lee is enjoying a rehabilitated image after his success as Andie’s sidekick. But when an anonymous phone call tips him off that Molly Goode killed her husband, he’s soon drawn back into the thicket of suburban scandals, uncovering secrets, affairs, and a huge sum of money. Hellbent on justice and hoping not to kill each other in the process, Andie and Kenny dust off their suburban sleuthing caps once again.

Fabian Nicieza is a comic book writer and editor who is best known as the co-creator of Marvel's Deadpool and for his work on titles such as X-Men, X-Force, New Warriors, Cable, and Thunderbolts. He is the author of Suburban Dicks, a finalist for the Edgar Award for Best First Novel by an American Author.

“Nicieza has made a successful leap to crime fiction (Suburban Dicks, 2021). His latest is a satirical suburban mystery that offers a brilliant blend of searing social commentary, acerbic wit, and heart wrenching tragedy…. This is an outstanding domestic thriller that effectively combines suburban comedy with a surprise-filled plot."
—Booklist (starred review)