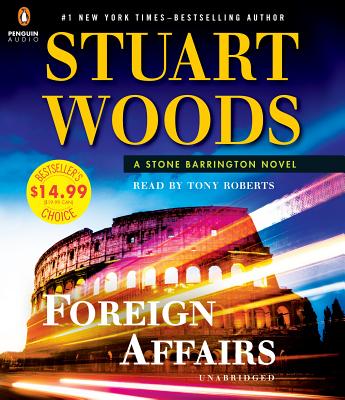 This is book number 35 in the A Stone Barrington Novel series.

When he's appraised at the last minute of a mandatory meeting abroad, Stone Barrington rushes off to Rome for a whirlwind trip of business and, of course, pleasure. But trouble is brewing, and Stone may be facing more than he bargained for . . .

Tony Roberts is a gifted actor who has appeared on the Broadway stage and in films. Twice a Tony nominee, he starred in Xanadu, Barefoot in the Park, Don’t Drink the Water, and Victor, Victoria. His film credits include Annie Hall, Serpico, and Play It Again, Sam. He can be heard on many Stone Barrington audiobooks.