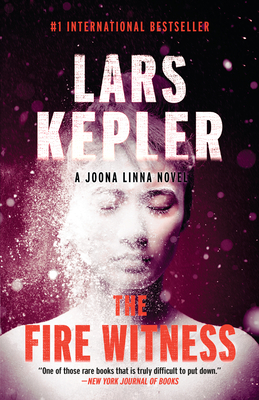 This is book number 3 in the Killer Instinct series.

A terrifying new thriller in the the internationally bestselling Killer Instinct series: Detective Joona Linna finds himself on a collision course with a terrifying killer whose past is more troubling than anyone could imagine.

“One of those rare books that is truly difficult to put down.” —New York Journal of Books

A brutal killing spree at a home for wayward teens. One girl is dead, another is missing. Joona Linna scrambles to track her down before the death toll mounts.

LARS KEPLER is the pseudonym of the critically acclaimed husband and wife team Alexandra Coelho Ahndoril and Alexander Ahndoril. Their internationally bestselling Joona Linna series has sold more than ten million copies in forty languages. The Ahndorils were both established writers before they adopted the pen name Lars Kepler, and have each published several acclaimed novels. They live in Stockholm, Sweden. Translated by Neil Smith (acclaimed translator of Jo Nesbø).

“One of those rare books that is truly difficult to put down.” —New York Journal of Books

“Rattles along at a terrific pace.... Scandinavian noir at its best.” —The Evening Standard (UK)