I am Jim Henson (Ordinary People Change the World) (Hardcover) 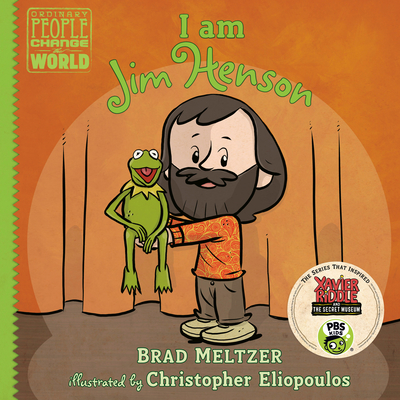 Jim Henson, the creator of the Muppets and Sesame Street, is the 11th hero in the New York Times bestselling picture book biography series for ages 5 to 8. (Cover may vary)

Jim Henson, was always dreaming up something new, and always expressing his belief in the goodness of people. Henson was a born performer with a terrific sense of humor, and he used those talents to help create two of the most beloved programs in television history: The Muppet Show and Sesame Street. Through his Muppets, Jim showed the world that there’s nothing more beautiful than imagination, especially when it’s accompanied by laughter and kindness.