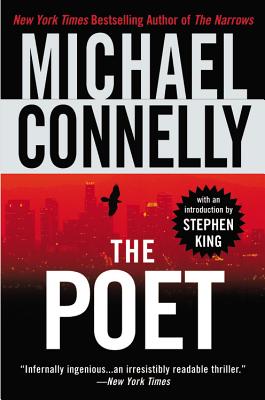 This is book number 1 in the Jack McEvoy series.

An electrifying standalone thriller that breaks all the rules! With an introduction by Stephen King.

Death is reporter Jack McEvoy's beat: his calling, his obsession. But this time, death brings McEvoy the story he never wanted to write--and the mystery he desperately needs to solve. A serial killer of unprecedented savagery and cunning is at large. His targets: homicide cops, each haunted by a murder case he couldn't crack. The killer's calling card: a quotation from the works of Edgar Allan Poe. His latest victim is McEvoy's own brother. And his last...may be McEvoy himself.

Michael Connelly is a former journalist and has won every major prize for crime fiction. He lives in Florida.