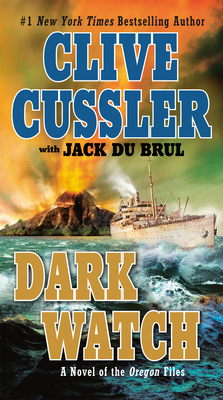 This is book number 3 in the The Oregon Files series.

Juan Cabrillo and his crew aboard the Oregon take on modern-day pirates for a surprising new client in this novel in the #1 New York Times-bestselling series.

Cabrillo and his motley crew aboard the clandestine spy ship Oregon have made a very comfortable and very dangerous living working for high-powered Western interests. But their newest clients have come from the Far East to ask for Cabrillo's special brand of assistance: a consortium of Japanese shipping magnates whose fortunes are being threatened by brutal pirates trolling the waters of Southeast Asia.

Normally, such attacks on the high seas are limited to smaller ships and foreign-owned yachts-easy targets on the open ocean. Now, however, giant commercial freighters are disappearing. But when Cabrillo confronts the enemy, he learns that the pirates' predations hide a deadly international conspiracy-a scheme of death and slavery that Juan Cabrillo is going to blow out of the water.