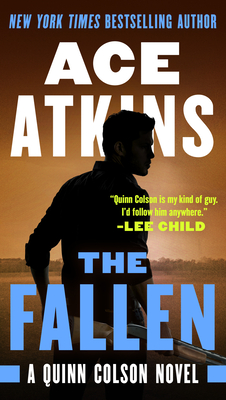 This is book number 7 in the A Quinn Colson Novel series.

The bank robbers wreaking havoc across the South are carrying out their heists with such skill and precision that they remind Tibbehah County Sheriff Quinn Colson of the raids he once led as an Army Ranger. In fact, their techniques are so like the ones in the Ranger Handbook that he can’t help wondering if the outlaws are former Rangers themselves.

And that’s definitely going to be a problem. If Colson stands any chance of catching them, he’s going to need the help of old allies, new enemies, and a lot of luck. The enemies, he has plenty of. It’s the allies and the luck that are in woefully short supply...

Praise for The Fallen

“As in recent books, Atkins lightens the mood with some humor, presenting a warts-and-all portrayal of a Southern community.”—Publishers Weekly

“The Fallen stands as an example of crime fiction’s ability to reflect society while completely entertaining the reader....It is Michael Mann’s Heat filtered though both Faulkner and Smokey & The Bandit, with Atkins fully engaged in every trope he loves as well as the time he is writing in.”—MysteryPeople.com