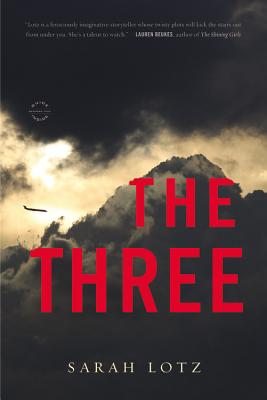 Four simultaneous plane crashes. Three child survivors. A religious fanatic who insists The Three are harbingers of the apocalypse. What if he's right?
The world is stunned when four planes crash within hours of each other on different continents. There doesn't seem to be a correlation between the crashes, except that in three of the four air disasters, a single child is the sole survivor. Dubbed the three by the press, these miracle children achieve international celebrity. Things take a dark turn when a fanatical preacher starts insisting that the young survivors are three of the four harbingers of the apocalypse.
As the children's behavior grows increasingly disturbing, even their loved ones start to suspect there could be some truth behind the conspiracy theory. And when a survivor from the fourth accident is found, deadly alliances are formed and it becomes ever more difficult- and dangerous -to decipher the truth.
Combining the complexity of Lost and the thrills of Stephen King, THE THREE is an enormously ambitious thriller from a blazingly talented storyteller.