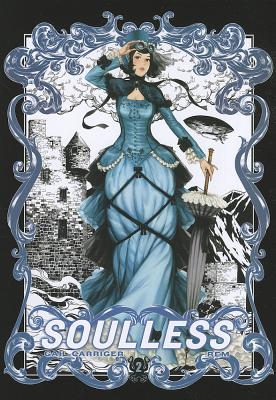 This is book number 2 in the The Parasol Protectorate (Manga) series.

Settling into her new life as the Lady Woolsey, Alexia finds her days quite challenging. Whether it is a regiment of supernatural soldiers camped out on her front lawn or the demands of being the Queen's "muhjah," there never seems to be a want of new hurdles to overcome. But when stories of supernaturals rendered normal by some unknown force begin cropping up, Alexia has a rather serious mystery on her hands. Can she root out the cause of this phenomenon, which smacks of some larger plot at work?

New York Times bestselling author Gail Carriger writes to cope with being raised in obscurity by an expatriate Brit and an incurable curmudgeon. She escaped small town life and inadvertently acquired several degrees in Higher Learning. Ms. Carriger then traveled the historic cities of Europe, subsisting entirely on biscuits secreted in her handbag. She resides in the Colonies, surrounded by fantastic shoes, where she insists on tea imported from London.