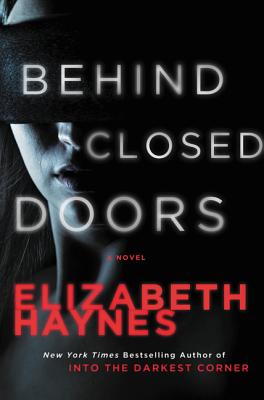 Ten years ago, 15-year-old Scarlett Rainsford vanished while on a family holiday in Greece. Was she abducted, or did she run away from her severely dysfunctional family? Lou Smith worked the case as a police constable, and failing to find Scarlett has been one of the biggest regrets of her career. No one is more shocked than Lou to learn that Scarlett has unexpectedly been found during a Special Branch raid of a brothel in Briarstone.

Lou and her Major Crime team are already stretched working two troubling cases: nineteen-year-old Ian Palmer was found badly beaten; and soon after, bar owner Carl McVey was found half-buried in the woods, his Rolex and money gone. While Lou tries to establish the links between the two cases, DS Sam Hollands works with Special Branch to question Scarlett. What happened to her? Where has she been until now? How did she end up back here? And why is her family—with the exception of her emotionally fragile younger sister, Juliette—less than enthusiastic about her return?

When another brutal assault and homicide are linked to the McVey murder, Lou’s cases collide, and the clues all point in one terrifying direction. As the pressure and the danger mount, it becomes clear that the silent, secretive Scarlett holds the key to everything.

Elizabeth Haynes is a former police intelligence analyst, a civilian role that involves determining patterns in offending and criminal behavior. She is the New York Times bestselling author of Into the Darkest Corner, Dark Tide, Human Remains, and, most recently, Under a Silent Moon, the first installment of the Briarstone crime series.

“An involving police procedural with a protagonist who agonizes about maintaining both a committed personal relationship and a demanding career.”
— Booklist