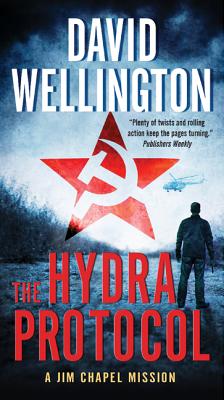 In the next electrifying installment in David Wellington's Jim Chapel Mission series, wounded Special Forces operative Jim Chapel must infiltrate a top-secret Russian military base and disable an unstable supercomputer if he hopes to prevent nuclear annihilation

A routine mission in Cuban waters to retrieve a hidden key code from a sunken Soviet submarine quickly changes course when Cuban officials are tipped off. It turns out that Nadia, the beautiful stranger who saves Chapel from being discovered, is actually a Russian agent, and her intel is shocking. Hidden during the Cold War, a forgotten Russian supercomputer controls hundreds of nuclear missiles, all aimed at the United States. Just one fail-safe error and America will be obliterated.

To disarm Hydra before it plunges the United States into nuclear winter, Nadia and Chapel must travel across Eastern Europe and infiltrate a secret base hidden deep in the steppes of Central Asia. But as these uneasy allies discover, not everyone wants the weapon out of commission.

David Wellington lives and works in Brooklyn, New York. He is the author of the Monster Island trilogy of zombie novels; the Thirteen Bullets vampire series; the epic post-apocalyptic novel Positive; and the Jim Chapel missions, including the digital shorts “Minotaur” and “Myrmidon,” and the novels Chimera and The Hydra Protocol.