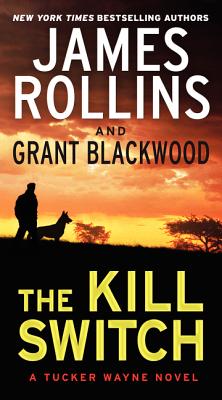 Former Army Ranger Tucker Wayne and his military working dog Kane are recruited by Sigma Force to extract a Russian pharmaceutical magnate from Siberia. A scientific genius, the drug tycoon holds the biological key to a new weapon system, a danger engineered from the ancient past to terrorize the modern world.

From the frozen steppes of Russia to the sun-blasted savannahs of Africa, Tucker and Kane must piece together a mystery going back to the origins of life on Earth—before the ancient peril can destroy the heartland of America, and with it, all of humankind.

James Rollins is the author of international thrillers that have been translated into more than forty languages. His Sigma series has been lauded as one of the “top crowd pleasers” (New York Times) and one of the "hottest summer reads" (People magazine). In each novel, acclaimed for its originality, Rollins unveils unseen worlds, scientific breakthroughs, and historical secrets—and he does it all at breakneck speed and with stunning insight. He lives in the Sierra Nevada mountains.

In addition to his New York Times bestselling collaborations with Clive Cussler and Tom Clancy, Grant Blackwood  is the author of three novels featuring Briggs Tanner: The End of Enemies, The Wall of Night, and An Echo of War. A U.S. Navy veteran, Grant spent three years as an Operations Specialist and a Pilot Rescue Swimmer. He lives in Colorado.

“James Rollins is a master of international action and intrigue.”
— Richmond Times-Dispatch

“From the hidden Indian treasure, to the Fort Knox secrets, to the conspiracy at the beginning of the United States The Devil Colony gives you every reason why you’ll want to be a member of Sigma Force.”
— Brad Meltzer, New York Times bestselling author of The Inner Circle on The Devil Colony

“Amazonia grabs you by the throat...Rollins is one of the most inventive storytellers writing today. Don’t dare miss this one!”
— Lincoln Child, co-author of The Ice Limit

“A spiraling, high-octane adventure, loaded with cutting-edge technology and jam-packed with action and mayhem. This pulse-pounding thriller moves at mach speed. James Rollins is clearly at the top of his game.”
— Steve Berry, bestselling author of The Romanov Prophecy on Map of Bones

“Nobody—and I mean nobody—does this stuff better than Rollins.”
— Lee Child on The Devil Colony

“Rollins just gets better with each book, and his position at the top of this particular subgenre remains unshaken.”
— Publishers Weekly

“A fantastic adventure story with non-stop action [that] shows the close bond between dog and partner, and the readers will fall in love with this canine and his handler.”
— Crimespree Magazine on THE KILL SWITCH

“Readers who have enjoyed the Sigma Force series will not only find this an entertaining thriller, but the collaboration of these two accomplished authors also adds another dimension to this exciting series.”
— Bookloons.ocm on THE KILL SWITCH

“[T]his fast moving story delivers plenty of the tension laced action readers expect from Rollins. The bond between Tucker and Kane is the best part of the tale.”
— Monsters and Critics on THE KILL SWITCH

“The taut and complex story sprints across the globe from Russia to Istanbul to southern Africa to the United States, and offers a diverse cast of well-developed characters and a tightly woven plot that intrigues, excites, and doesn’t let go.”
— Library Journal (starred review) on THE KILL SWITCH