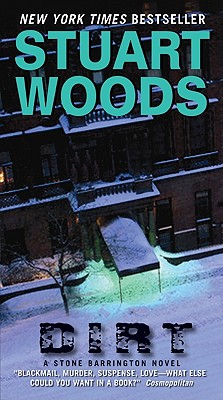 This is book number 2 in the Stone Barrington series.

"Blackmail, murder, suspense, love—what else could you want in a book?" –Cosmopolitan

Feared and loathed for her poison pen and ice queen persona, Amanda Dart has made her share of enemies. Then the tables are turned. An anonymous gossipmonger is faxing Amanda's personal and private peccadilloes to anyone who can read. Desperate to save her reputation, she enlists the help of New York lawyer and private investigator Stone Barrington to learn the identity of the faxer. And everyone in the world of tabloid journalism becomes a suspect.

But the faxes don't stop. In fact, they get worse. And Stone winds up with more leads than one man can handle, until Amanda takes matters dangerously into her own hands and turns the world of gossip on its head. As the circle of suspects shrinks, Stone discovers that even the most respected members of the social scene will stop at nothing—even homicide—to clear their sullied names.