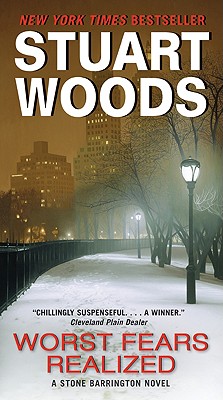 This is book number 5 in the Stone Barrington series.

Not a man to dwell on the past, Stone Barrington has no choice but to rattle old skeletons when the people closest to him start dying, and he has little to go on but the suspicion that the killer might be someone he once knew. The trip down memory lane isn't all bad though, for it reunites Stone with his ex-partner, Dino Bacchetti, now head of detectives in the nineteenth precinct.

Trying to find a brilliant killer in a sea of old faces is difficult enough without Stone's former love, Arrington, now Mrs. Vance Calder, resurfacing too—especially when she sets off her own fireworks coming nose to nose with his latest flame, a Mafia princess as beautiful as she is dangerous.

Caught on a thrill ride of a case that tests him as none has ever done before, Stone races to find a twisted madman with a taste for blood vengeance, with only a prayer to find him before Stone's worst fears are realized.