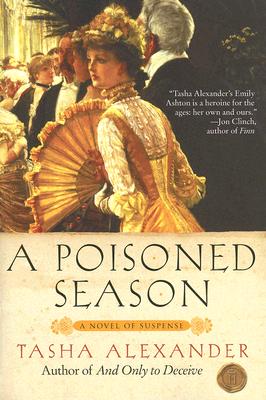 This is book number 2 in the Lady Emily Mysteries series.

London's social season is in full swing, and Victorian aristocracy can't stop whispering about a certain gentleman who claims to be the direct descendant of Louis XVI and Marie Antoinette. But he's not the only topic of wagging tongues. Drawing rooms, boudoirs, and ballrooms are abuzz with the latest news of an audacious cat burglar who has been systematically stealing valuable items that once belonged to the ill-fated queen.

Light gossip turns serious when the owner of one of the pilfered treasures is found murdered, and the mysterious thief develops a twisted obsession with Lady Emily Ashton. It will take all of Lady Emily's wit and perseverance to unmask her stalker and ferret out the murderer, while faced with a brewing scandal that threatens both her reputation and her romance with her late husband's best friend, the dashing Colin Hargreaves.

“Readers looking for a lighter version of Anne Perry will be well rewarded.”
— Publishers Weekly

“Immediately engrossing and thoroughly entertaining...Alexander writes with a fullness and richness that leaves the reader extremely satisfied.”
— Crimespree