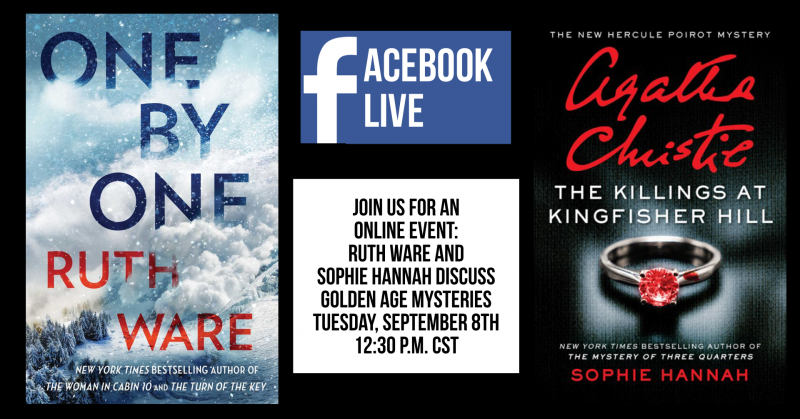 Please join us for what will surely be a fascinating conversation between two authors clearly influenced by Golden Age Mysteries.

The first 50 customers who preorder ONE BY ONE will receive a free hat.  All the hats have been claimed, but all copies ordered will come with a signed bookplate.

Anyone who purchases a copy of THE KILLINGS AT KINGFISHER HILL will receive a signed bookplate, and a special Royal Mail Agatha Christie commemorative cover and envelope. 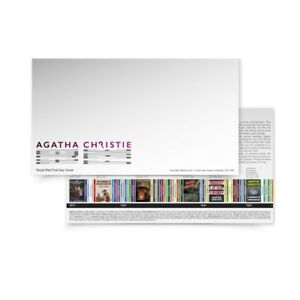 Ruth Ware worked as a waitress, a bookseller, a teacher of English as a foreign language, and a press officer before settling down as a full-time writer. She now lives with her family in Sussex, on the south coast of England. She is the #1 New York Times and Globe and Mail (Toronto) bestselling author of In a Dark, Dark Wood, The Woman in Cabin 10, The Lying Game, The Death of Mrs. Westaway, and The Turn of the Key.

Sophie Hannah is the New York Times bestselling author of numerous psychological thrillers, which have been published in 51 countries and adapted for television, as well as The Monogram Murders, the first Hercule Poirot novel authorized by the estate of Agatha Christie, and its sequels Closed Casket, The Mystery of Three Quarters, and The Killings at Kingfisher Hill. Sophie is also the author of a self-help book, How to Hold a Grudge, and hosts the podcast of the same name. She lives in Cambridge, UK.

One by One (Hardcover)

The Turn of the Key (Paperback)

Named a New York Times Best Book to Give

The New York Times bestselling author of The Monogram Murders and Woman with a Secret returns with a sharp, captivating, and expertly plotted tale of psychological suspense.

All Beth has to do is drive her son to his soccer game, watch him play, and then return home.