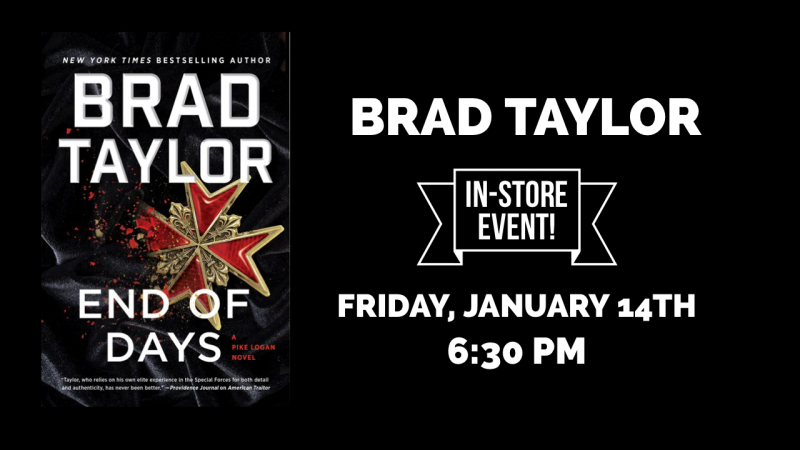 Brad Taylor, Lieutenant Colonel (Ret.), is a 21-year veteran of the U.S. Army Infantry and Special Forces, including eight years with the 1st Special Forces Operational Detachment – Delta, popularly known as Delta Force, where he commanded multiple troops and a squadron. Taylor retired in 2010 after serving more than two decades and participating in Operation Enduring Freedom and Operation Iraqi Freedom, as well as classified operations in Afghanistan and around the globe. His final military post was as Assistant Professor of Military Science at The Citadel. He holds a Master’s of Science in  Defense Analysis from the Naval Postgraduate School, with a concentration in Irregular Warfare.

In 2011, Taylor published his debut novel, One Rough Man, which was an immediate success and launched the Pike Logan series. Now with 16 installments and more than 3 million copies sold, the series has consistently hit the New York Times bestseller list. When not writing, Taylor serves as a security consultant on asymmetric threats for various agencies. He lives in Charleston, South Carolina, with his wife and two daughters.

We will be requiring masks for in-store events because of the limited size of the seating area.

If you'd like you're copy personalized / inscribed, please include personalization information in the order comments.