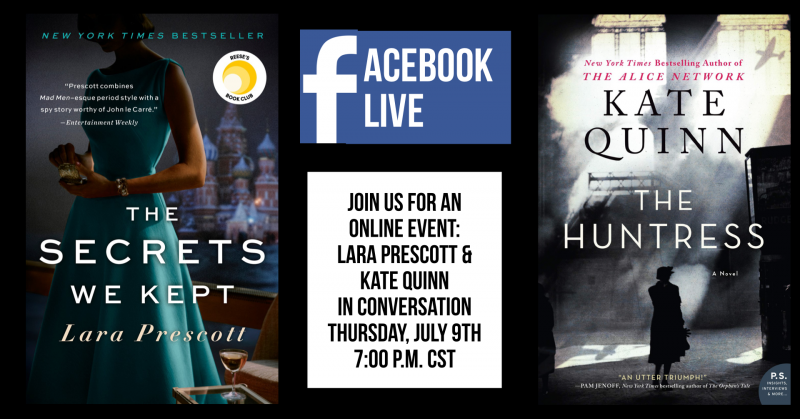 Lara Prescott received her MFA from the Michener Center for Writers at the University of Texas, Austin. She was previously an animal protection advocate and a political campaign operative. Her stories have appeared in The Southern Review, The Hudson Review, Crazyhorse, Day One, and Tin House Flash Fridays. She won the 2016 Crazyhorse Fiction Prize for the first chapter of The Secrets We Kept. She lives in Austin, Texas.

Kate Quinn is the New York Times and USA Today bestselling author of historical fiction. A native of southern California, she attended Boston University where she earned a Bachelor's and Master's degree in Classical Voice. She has written four novels in the Empress of Rome Saga, and two books in the Italian Renaissance, before turning to the 20th century with The Alice Network and The Huntress. All have been translated into multiple languages. Kate and her husband now live in San Diego with two rescue dogs.

The Secrets We Kept: A novel (Paperback)

ONE OF THE BEST BOOKS OF THE YEAR:

The Huntress: A Novel (Paperback)

The Alice Network: A Novel (Paperback)

An NPR's Best Book of the Year