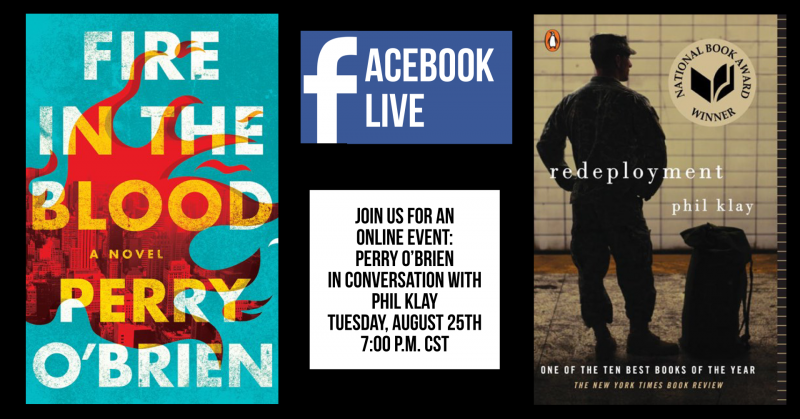 Perry O'Brien served in Afghanistan with the 82nd Airborne and was honorably discharged from the Army as a conscientious objector. He worked as a labor organizer in New York hospitals before becoming a founder of Common Defense, the nation's largest grassroots organization of progressive veterans. His fiction has been featured in the war anthology Fire and Forget, and his nonfiction has been published by The New York Times and the San Francisco Chronicle.

Phil Klay is a veteran of the US Marine Corps. His short story collection Redeployment won the 2014 National Book Award for Fiction and the National Book Critics' Circle John Leonard Prize for best debut work in any genre, and was selected as one of the 10 Best Books of 2014 by The New York Times. His nonfiction work won the George W. Hunt, S.J., Prize for Journalism, Arts & Letters in the category of Cultural & Historical Criticism in 2018. His writing has appeared in The New York Times, The Washington Post, The Wall Street Journal, The Atlantic, The New Yorker, and the Brookings Institution's Brookings Essay series. He currently teaches fiction at Fairfield University.

Fire in the Blood: A Novel (Hardcover)

“A tremendously compelling debut of rare skill” (Phil Klay, author of Redeployment) about a soldier who goes AWOL from Afghanistan and returns home to unravel the mystery of his wife’s death.

Winner of the 2014 National Book Award for Fiction · Winner of the John Leonard First Book Prize · Selected as one of the best books of the year by The New York Times Book Review, Time, Newsweek, The Washington Post Book World, Amazon, and more