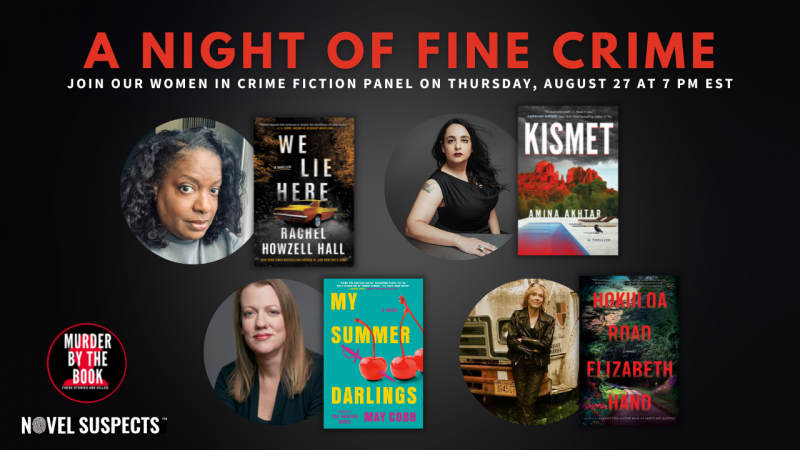 Amina Akhtar is a former fashion writer and editor. Her satirical first novel, #FashionVictim, drew critical acclaim and was covered in the Wall Street Journal, Forbes, Martha Stewart Living, Entertainment Weekly, Fashionista, Book Riot, CrimeReads, and more. Akhtar has worked at Vogue, Elle, the New York Times, and New York Magazine, where she was the founding editor of the women's blog The Cut. She's written for numerous publications, including Yahoo Style, Fashionista, xoJane, Refinery29, Billboard, and more. She currently lives not too far from the Sedona vortexes.

May Cobb earned her MA in literature from San Francisco State University, and her essays and interviews have appeared in the Washington Post, the Rumpus, Edible Austin, and Austin Monthly. Her previous novel is The Hunting Wives. A Texas native, she lives in Austin with her family.

Rachel Howzell Hall is the New York Times bestselling author of These Toxic Things; And Now She's Gone; They All Fall Down; and, with James Patterson, The Good Sister, which was included in Patterson's collection The Family Lawyer. An Anthony, International Thriller Writers, and Lefty Award nominee, Rachel is also the author of Land of Shadows, Skies of Ash, Trail of Echoes, and City of Saviors in the Detective Elouise Norton series. A past member of the board of directors for Mystery Writers of America, Rachel has been a featured writer on NPR's acclaimed Crime in the City series and the National Endowment for the Arts weekly podcast; she has also served as a mentor in Pitch Wars and the Association of Writers Programs. Rachel lives in Los Angeles with her husband and daughter. For more information, visit www.rachelhowzell.com

Elizabeth Hand is the author of more than nineteen cross-genre novels and collections of short fiction, including The Book of Lamps and Banners and Curious Toys. Her work has received the Shirley Jackson Award (three times), the World Fantasy Award (four times), the Nebula Award (twice), as well as the James M. Tiptree Jr. and Mythopoeic Society Awards. She's a longtime critic and contributor of essays for the Washington Post, Los Angeles Times, Salon, Boston Review, and the Village Voice, among many others. She divides her time between the Maine coast and North London. 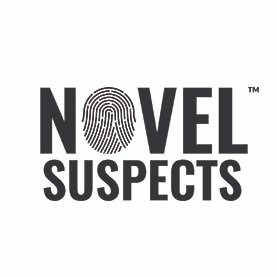 Novel Suspects is a community of mystery and thriller fans—readers, authors, editors, and publishers—who love to share our favorite books, movies, TV shows, and podcasts. But we love books most.

Our goal is to have as much fun as possible while talking about murder. You’ll find book lists, series features, quizzes, videos, exclusive excerpts, and author essays, and reviews. It’s all intended to deepen your appreciation for the mystery and thriller genres, whether you love legal thrillers, a hardboiled detective story, psychological suspense, or a good old-fashioned cozy mystery.

We hope book lovers will be delighted by our complete catalog of the genre and spend time discovering your next favorite author—or your new crime addiction. Follow Novel Suspects @novelsuspects on Instagram and Twitter. Visit our website https://www.novelsuspects.com/.

A young man is drawn into the dark side of paradise in this "brilliantly atmospheric" (New York Times Book Review) and "refreshingly creepy" (Washington Post) mystery.

On a whim, Grady Kendall applies to work as a live-in caretaker for a luxury property in Hawaiʻi, as far from hi

As seen on the TODAY show as “a perfect beach read.”

Three lifelong friends plus a dangerous, sexy new stranger in town add up to a scorching summer of manipulation, obsession, and murder, from the acclaimed author of The Hunting Wives.

A Book of the Month Club Selection

We Lie Here: A Thriller (Paperback)

A woman's trip home reveals frightening truths in a twisty novel of murder and family secrets by the New York Times bestselling author of And Now She's Gone and These Toxic Things.

These Toxic Things: A Thriller (Paperback)

From Amina Akhtar comes a viciously funny thriller about wellness--the smoothies, the secrets, and the deliciously deadly impulses.