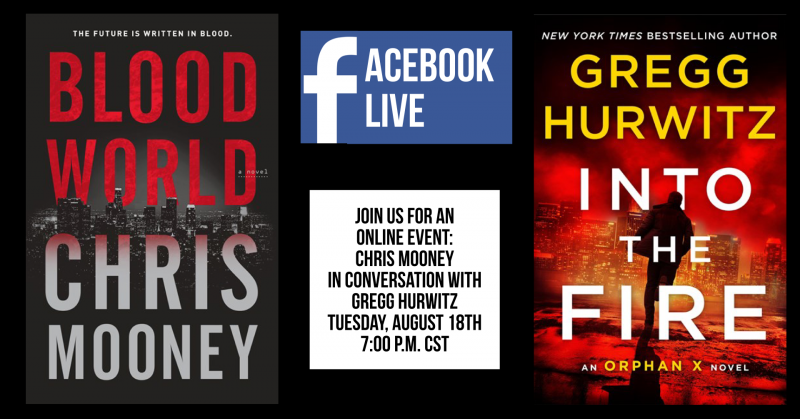 Hailed as "one of the best thriller writers working today" by Lee Child and "a wonderful writer" by Michael Connelly, Chris Mooney is the international bestselling author of twelve novels, most recently The Snow Girls. His fourth book, The Missing, the first in the Darby McCormick series, was a main selection of the International Book of the Month Club and an instant bestseller in over thirteen countries. The Mystery Writer's Association nominated Chris's third book, Remembering Sarah, for an Edgar Award for Best Novel.

Gregg Hurwitz is the New York Times bestselling author of more than a dozen novels, including the #1 international bestseller Orphan X, the first in a series of thrillers featuring Evan Smoak. He has also written young adult novels: The Rains and its sequel, The Last Chance. Hurwitz's books have been shortlisted for numerous literary awards, graced top ten lists, and have been translated into twenty-eight languages.Hurwitz is also a New York Times bestselling comic book writer, having penned stories for Marvel ( Wolverine, The Punisher) and DC ( Batman). Additionally, he has written screenplays for many major studios and written, developed, and produced television for various networks. Hurwitz resides in Los Angeles with two Rhodesian ridgebacks.

Everything changed when scientists discovered the drug. It looked like the cure for aging, but all progress comes with a price tag. Now, eternal youthfulness will be paid for by the blood of the innocent.