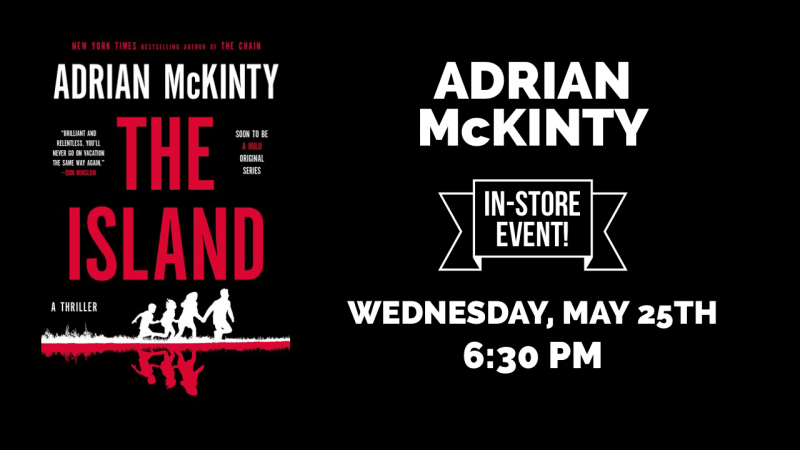 Adrian McKinty was born and grew up in Belfast, Northern Ireland. He studied philosophy at Oxford University before moving to Australia and to New York. He is the author of more than a dozen crime novels, including the Dagger and Edgar-award nominated debut Dead I Well May Be, the critically acclaimed Sean Duffy series, and the award-winning standalone thriller The Chain, which was a New York Times and #1 international bestseller. McKinty’s books have been translated into over 30 languages and he has won the Edgar Award, the International Thriller Writers Award, the Ned Kelly Award (3 times), the Anthony Award, the Barry Award, the Macavity Award, and the Theakston Old Peculier Crime Novel of the Year Award.

If you'd like your copy personalized / inscribed, please include personalization information in the order comments.

A "brilliant and relentless" new thriller from the author of the instant New York Times bestseller The Chain (Don Winslow).

When a mother is targeted by a dangerous group of masterminds, she must commit a crime to save her kidnapped daughter—or risk losing her forever—in this "propulsive and original" award-winning thriller (Stephen King).

It's something parents do every morning: Rachel Klein drops her daughter at the bus stop and heads into her day.