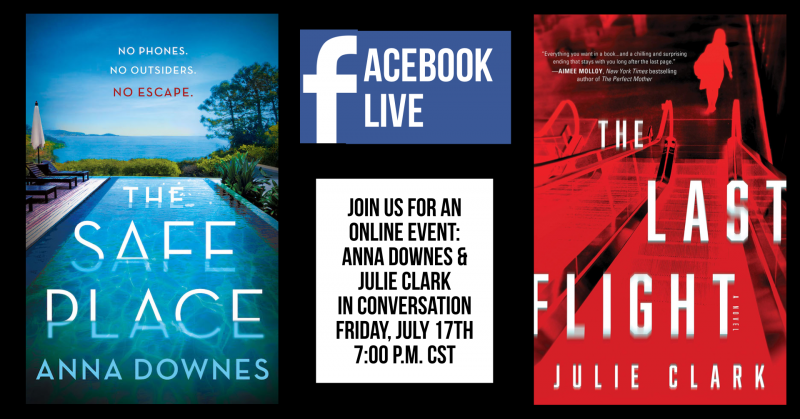 ANNA DOWNES was born and raised in Sheffield, UK, but now lives just north of Sydney, Australia with her husband and two children. She worked as an actress before turning her attention to writing. She was shortlisted for the Sydney Writers Room Short Story Prize (2017) and longlisted for the Margaret River Short Story Competition (2018). The Safe Place was inspired by Anna's experiences working as a live-in housekeeper on a remote French estate in 2009-10.

Born and raised in Santa Monica, California, JULIE CLARK grew up reading books on the beach while everyone else surfed. After attending college at University of the Pacific, she returned home to Santa Monica to teach. She now lives there with her two young sons and a golden doodle with poor impulse control. Her debut novel, The Ones We Choose, was published in 2018, and has been optioned for television by Lionsgate.

The Safe Place: A Novel (Hardcover)

Superbly tense and oozing with atmosphere, Anna Downes's debut, The Safe Place, is the perfect summer suspense, with the modern gothic feel of Ruth Ware and the morally complex family dynamics of Lisa Jewell.

Welcome to paradise...will you ever be able to leave?

Emily is a mess.

The Last Flight: A Novel (Hardcover)

The Ones We Choose (Paperback)

Lisa Genova meets 23andMe in this exploration of the genetic and emotional ties that bind, as debut author Julie Clark delivers a compelling read about a young boy desperate to find his place in this world, a mother coming to terms with her own past, and the healing power of forgiveness.