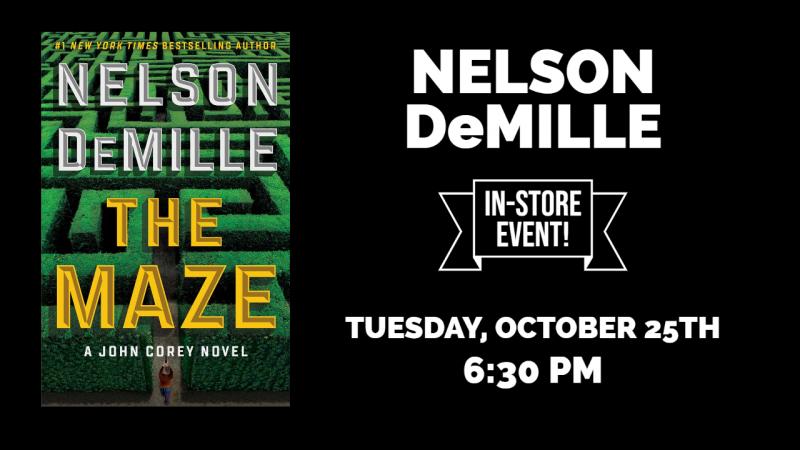 Nelson DeMille is the New York Times bestselling author of twenty-one novels, six of which were #1 New York Times bestsellers. His novels include The Deserter (written with Alex DeMille), The Cuban Affair, Word of Honor, Plum Island, The Charm School, The Gold Coast, and The General's Daughter, which was made into a major motion picture, starring John Travolta and Madeleine Stowe. He has written short stories, book reviews, and articles for magazines and newspapers. Nelson DeMille is a combat-decorated US Army veteran, a member of Mensa, Poets & Writers, and the Authors Guild, and past president of the Mystery Writers of America. He is also a member of the International Thriller Writers, who honored him as 2015 Thriller Master of the Year. He lives on Long Island with his family.

#1 New York Times bestselling author Nelson DeMille returns with a blistering thriller featuring his most popular series character, former NYPD homicide detective John Corey, called out of retirement to investigate a string of grisly murders much too close to home.