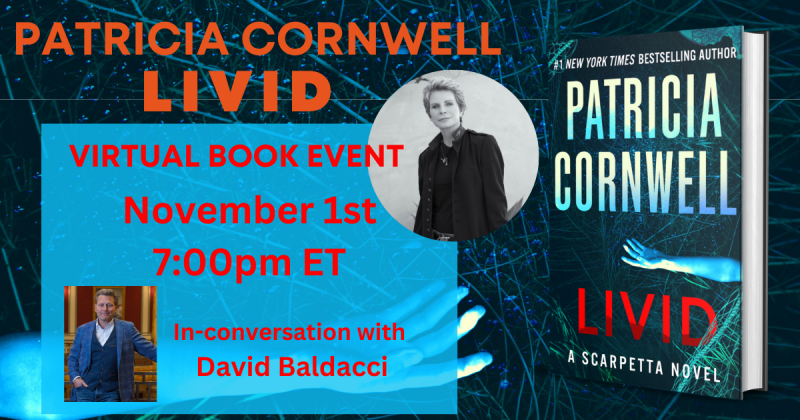 In 1990, Patricia Cornwell sold her first novel, Postmortem, while working at the Office of the Chief Medical Examiner in Richmond, Virginia. An auspicious debut, it went on to win the Edgar, Creasey, Anthony, and Macavity Awards, as well as the French Prix du Roman d'Aventures--the first book ever to claim all these distinctions in a single year. Growing into an international phenomenon, the Scarpetta series won Cornwell the Sherlock Award for best detective created by an American author, the Gold Dagger Award, the RBA Thriller Award, and the Medal of Chevalier of the Order of Arts and Letters for her contributions to literary and artistic development. Today, Cornwell's novels and iconic characters are known around the world. Beyond the Scarpetta series, Cornwell has written the definitive nonfiction account of Jack the Ripper's identity, cookbooks, a children's book, a biography of Ruth Graham, and three other fictional series based on the characters Win Garano, Andy Brazil, and Captain Callie Chase. In recent years, Cornwell has been researching space-age technologies at NASA facilities, the U.S. Space Force, and Secret Service. She's visited Scotland Yard and Interpol, always keeping up with what's current. Cornwell was born in Miami. She grew up in Montreat, North Carolina, and now lives and works in Boston.

David Baldacci is a global #1 bestselling author, and one of the world's favorite storytellers. His books are published in over forty-five languages and in more than eighty countries, with 150 million copies sold worldwide. His works have been adapted for both feature film and television. David Baldacci is also the cofounder, along with his wife, of the Wish You Well Foundation, a nonprofit organization dedicated to supporting literacy efforts across America. Still a resident of his native Virginia, he invites you to visit him at DavidBaldacci.com and his foundation at WishYouWellFoundation.org.

In this thrilling installment of the #1 bestselling series, chief medical examiner Dr.

From the author of The 6:20 Man, “Memory Man” Amos Decker—an FBI consultant with perfect recall—delves into a bewildering double homicide in this new thriller in David Baldacci's #1 New York Times bestselling series.

When Amos Decker is called to South Florida to investigate a double homicide, the case a