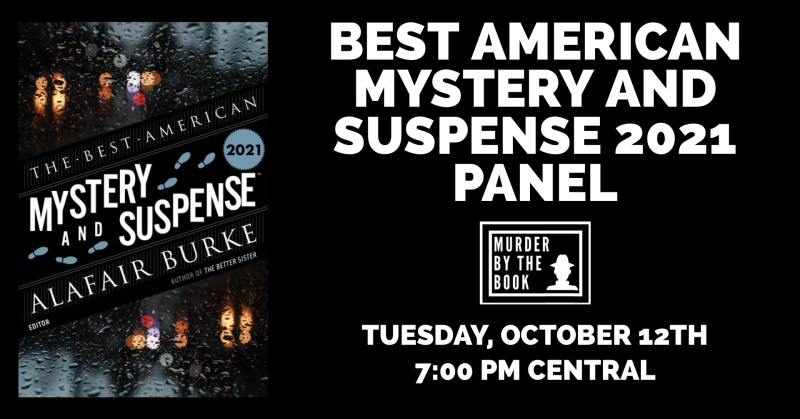 Alafair Burke is a New York Times bestselling author whose most recent novels include The Wife and The Ex, which was nominated for the Edgar Award for best novel. She also co-authors the bestselling Under Suspicion series with Mary Higgins Clark. A former prosecutor, she now teaches criminal law and lives in Manhattan and East Hampton.

Steph Cha is the author of the Juniper Song mystery series and Your House Will Pay, which won the Los Angeles Times Book Prize for Best Mystery/Thriller and has been nominated for a Young Lions Fiction Award, a Macavity Award, a Lefty Award, a Barry Award, and a Dagger Award, as well as long-listed for the Aspen Prize. She's an editor and critic whose work has appeared in the Los Angeles Times, USA Today, and the Los Angeles Review of Books, where she edited the noir section for almost five years. A native of the San Fernando Valley, she lives in Los Angeles with her family.

Since her debut in 1997, Laura Lippman has been hailed as a distinctive voice in crime fiction. Recently named one of the "essential" crime writers of the last 100 years, she has produced 24 novels, a book of short stories, a collection of essays, and a children's picture book, and been published in more than 25 languages. A New York Times bestseller, she also has won more than 20 prizes for her work and been shortlisted for 30 more. Her 2019 novel, Lady in the Lake, will be produced as a television series starring Natalie Portman and Lupita Nyong'o. Lippman lives in Baltimore and New Orleans.

Alex Segura is an acclaimed, award-winning writer of novels, comic books, short stories, and podcasts. He is the author of Star Wars Poe Dameron: Free Fall, the Pete Fernandez Mystery series (including the Anthony Award-nominated crime novels Dangerous Ends, Blackout. and Miami Midnight), and the upcoming Secret Identity (Flatiron Books). His short story “Red Zone” won the 2020 Anthony Award for Best Short Story, and his border noir short story, “90 Miles” will be included in THE BEST AMERICAN MYSTERY AND SUSPENSE STORIES of 2020. He has also written a number of comic books, most notably the superhero noir The Black Ghost, the YA music series The Archies, and the “Archie Meets” collection of crossovers, featuring real-life cameos from the Ramones, B-52s, and more. He is also the co-creator/co-writer of the Lethal Lit crime/YA podcast from iHeart Radio, which was named one of the best podcasts of 2018 by The New York Times. By day he is the Senior Vice President of Sales and Marketing at Oni Press, with previous stints at Archie Comics and DC Comics. A Miami native, he lives in New York with his wife and children.

Nikki Dolson is the author of LOVE AND OTHER CRIMINAL BEHAVIOR (Bronzeville Books, 2020) and ALL THINGS VIOLENT (Fahrenheit Press, 2017). Her short fiction has been published in TriQuarterly, Vautrin, Thuglit, Bartleby Snopes, Tough and other publications. She used to write in casino sportsbooks now she writes at home.

Steph Cha, a rising star who brings a fresh perspective as series editor, takes the helm of the new The Best American Mystery and Suspense, with best-selling crime novelist Alafair Burke joining her as the first guest editor.